Employers Must Rein in Healthcare Costs

In the absence of meaningful government initiatives, employers are on the front lines, faced with choosing either to reign in exploding healthcare costs or to bear the financial consequences.

In recent months, several notable actions have demonstrated a recognition by large employers that they must play a central role in confronting rising healthcare costs. These include the announcement by the Amazon/J.P. Morgan/Berkshire Hathaway partnership to develop an independent healthcare company, Apple’s launch of internal health centers, and Walmart’s expansion of its Centers for Excellence program.  Walmart’s program funds 100% of employee costs for treatment of serious health conditions at elite medical centers where the company has negotiated prices and validated the quality of the care provided.

Berkshire’s CEO Warren Buffet, “the Oracle of Omaha,” is known both for his relentless optimism and his prophetic insights.  In Buffet’s view, rising healthcare costs—not the tax system—are the greatest threat to American business.

For businesses and our overall economy, healthcare expenses have now become a seemingly incurable metastasizing cancer. 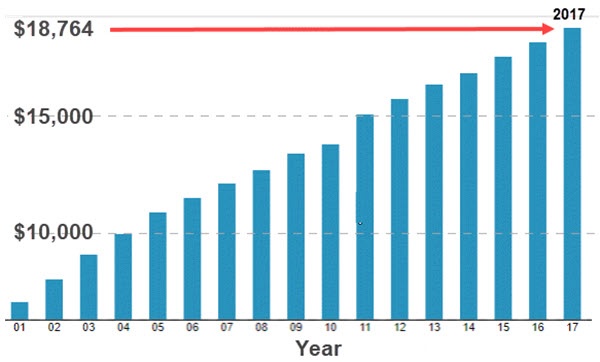 A System with Misaligned Incentives

The entities that now dominate the convoluted American healthcare system have a vested interest in year-over-year price increases:

In this mix, the treatment of chronic illnesses merits attention.  At one time, the Centers for Disease Control and Prevention (CDC) estimated that treatment for chronic conditions accounted for 75% of U.S. health spending.  With our current diabetes epidemic, it’s doubtful this statistic has dropped markedly.  Chronic illnesses are particularly poorly addressed by episodic fee-for-service visits.  Patients with chronic ailments often receive unnecessarily expensive duplicate tests, conflicting advice, and gaps in care.

All of this brings us back to the announcement of Buffet and partners, which suggests that healthcare reform has now become too important to remain the purview of entrenched participants.  The changes that can lead to lower healthcare costs will come from outside the system.

Many healthcare experts greeted the announcement of the Amazon/J.P. Morgan/Berkshire Hathaway partnership with  skepticism.  In contrast, we believe that market forces, combined with a range of emerging services will enable employers to succeed in achieving the healthcare cost containment that has eluded the nation for decades.