The Measles: What you need to know

You probably haven’t had to think about measles much in your lifetime. The illness has been largely contained in the 21st century, thanks to near-universal vaccination. However, vaccination rates among certain populations have fallen in the U.S. over the last couple of years. As a result, the number of measles cases has increased and measles is again making headlines. Cases are up 300% worldwide, and have been reported in 28 U.S. states this year.

The best prevention against contracting measles and stopping the spread of measles is to vaccinate yourself and your children. There can be some side effects from the vaccine, including soreness at the injection site, fever or rash. While there has been a lot of mis-information spread about the MMR vaccine in recent years, there is no link between the MMR vaccine and autism.

So, what do you need to know about measles? 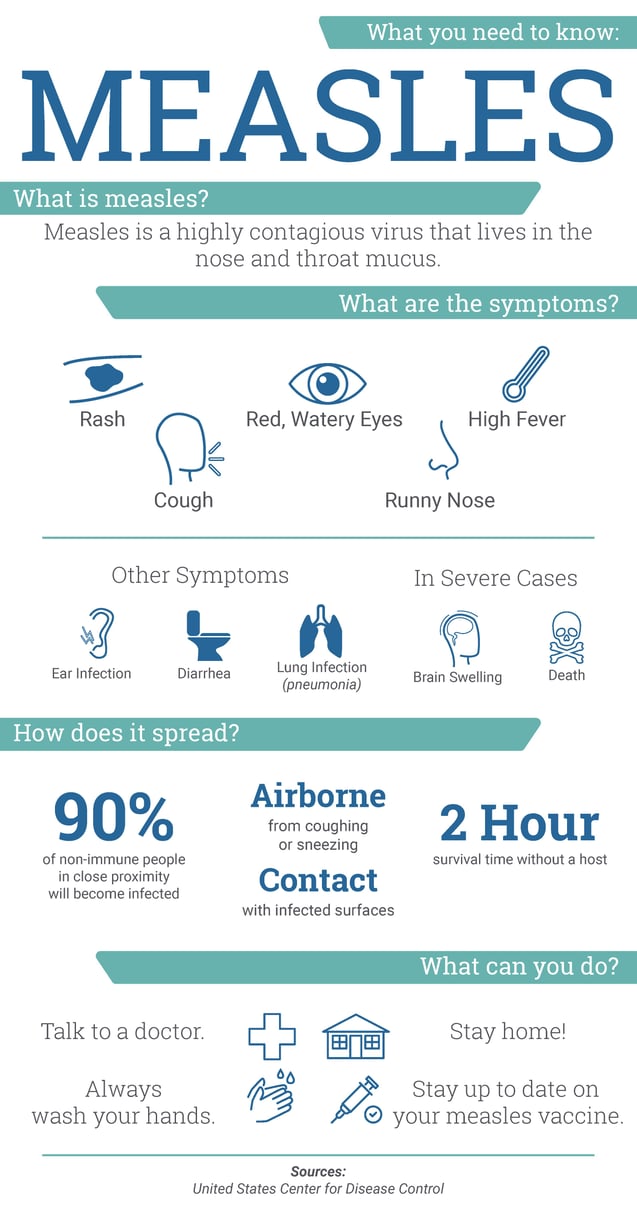 View as PDF.  More on measles from the CDC.

If you think you or someone close to you has measles, it is best to call First Stop Health as soon as possible or call your doctor. It is best to keep people who might be sick with measles away from public places like emergency rooms, urgent care centers or doctors’ offices.

Sinus Infections: When (and When Not) to Treat with Antibiotics